The Advantages of Windows 10 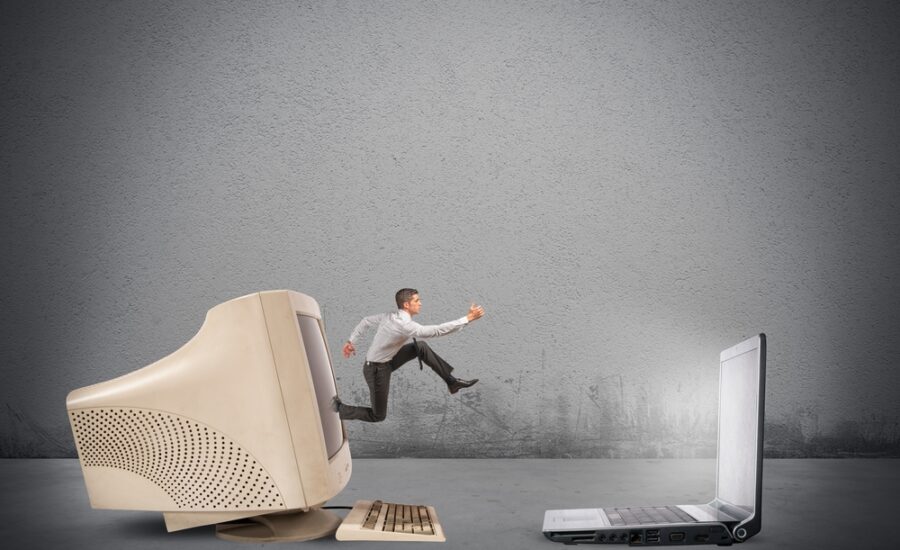 The Advantages of Windows 10

Do you remember driving your first new car? You drove that old clunker of yours for years, and now you’re in a sleek and shiny brand new car! It rides and handles so smoothly you wonder why it took you so long to give in and get rid of the old one.

Windows 7 is now, believe it or not, that old clunker you’re still driving.

If you’re currently using Windows 7, you know its days are numbered. The current target date of Windows 7 End of Life is slated for January 2020. While you could technically upgrade to any newer version of Windows, upgrading to Windows 10 is going to be your best bet — as long as your systems can handle it.

While many people (and IT departments) are afraid of change, this can actually be a great opportunity to enjoy new, improved, and added features. Today we’ll be discussing some of the major benefits of upgrading to Windows 10.

One of the major reasons for not upgrading is because the current system has all the features that an individual or company needs. However, keep in mind that Windows 7 originally came out in 2009, and a lot has changed in ten years. Features that we never would have imagined before have now become a regular part of our daily lives, and even if you don’t currently use any of them, you can certainly see how they might benefit your company. Let’s take a look at some of the new features that are bundled with Windows 10:

While having a conversation with your computer may have seemed like something that could only exist in Captain Kirk’s reality, both Apple and Google have had virtual assistants available for years. Cortana works in a similar fashion as Siri or Alexa, in that you can use your voice to have her perform a large range of commands. She will keep track of the user’s habits and internet viewing choices while creating a desktop environment that is customized to their preferences, such as news articles that fit their interests.

There are apps for everything, and by creating their own app store, Microsoft now allows Windows users to have access to a wide range of free and paid applications that can be used for any imaginable purpose, both personal and business.

This is a feature that is new to Windows, but Apple users have been enjoying for years. This feature allows the user to seamlessly change gears to have programs or files specific to a task immediately available with the click of a button.

To share information we are expected to take screenshots of various projects. With older versions of Windows, you would literally have to take a full screenshot, meaning that the recipient would see everything that was open on your screen. Of course, the results looked unprofessional. The only way to remedy it would be to edit the picture after the fact. With Windows 10 you can capture only what you need, and get moving onto other important tasks.

Everyone knows that having better hardware can mean a speedier computer experience. But the truth is that software — and especially the operating system behind it — plays a large role in how quickly everything moves. The difference in speed can be seen in overall general performance, but it is especially notable during startup.

When we think of lagging computers, the startup sequence is the worst waste of time, since we’re just sitting there waiting to get to work. Not only does Windows 10 show a major difference in startup time compared to other versions of Windows, but in many cases, it even has a better startup time than a Mac of the same hardware specifications.

When push comes to shove, this will be the major deciding factor. Let’s get the obvious part out of the way: if you don’t upgrade your system by January and you’re using Windows 7, there will be no more support, upgrades, or patches. It will only be a matter of time before hackers can completely exploit your outdated security measures.

Even if Microsoft did continue to support Windows 7, the updated features in 10 blow the old security features out of the water. One of the major upgrades is Secure Boot which will only let you load programs that are signed off by Microsoft or the hardware manufacture. If a third-party program were loaded on for whatever reason, (from an unknown email attachment, or a found thumb drive, for example), it wouldn’t be allowed to run. In addition, there are robust ransomware and virus protection features built right into the OS. Other features, such as Microsoft Passport, Microsoft Hello, and Device Guard add further levels of protection.

While it would still be a good idea to use a separate protection system, Windows isn’t nearly as helpless as it once was. It should be noted, however, that these new features work very well on the induvial computer level only. Extra protection should still be installed on servers, printers, and other business hardware that connect to the internet.

At the end of the day, it doesn’t matter if we want to upgrade or not — the end of the Windows 7 world is upon us and we need to be prepared to run our computers without fear. All it takes is trading in your old clunker for the shiny new model, and no one complains when they drive their new car off the lot!