7 Reasons to Upgrade from Windows 7 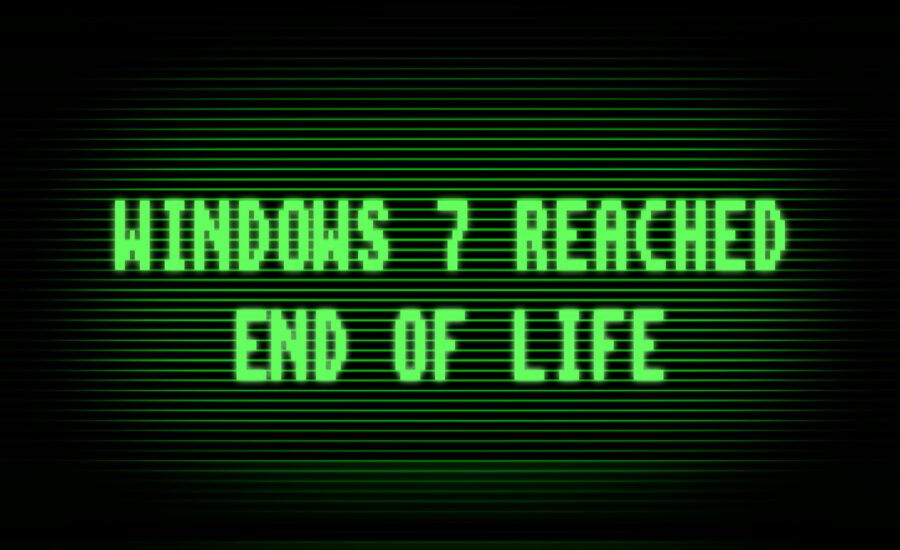 7 Reasons to Upgrade from Windows 7

It’s true that we’ve been running around like Chicken Little, shouting about Windows 7 End of Life, but you know what? The sky has fallen — Windows 7 is dead. That’s right, we are past the End of Life date and Windows 7 is no longer being supported by Microsoft. At least that’s what they are saying.
“But wait,” you say. “My computer system still works. In fact, I’m reading this on a Windows 7 computer right now!” While it’s true that Microsoft didn’t pull the plug on the operating system, that doesn’t mean that you should still be using it. And if you are clinging on to that dated technology, we’ll offer you 7 reasons why you should upgrade from Windows 7.

#1. No More Updates
Ok, so we’ll get the big issue out of the way first. Microsoft has ceased releasing new patches and security updates for Windows 7. You might feel safe for now, but hackers will soon learn how to get past the latest security barriers, as they always do. In the past, that wouldn’t be that big of an issue as Microsoft would regularly come out with new patches. Something that won’t be happening now.
When hackers find a new way to get in, not only will they cause as much havoc as possible, they’ll also share or sell this information on the Dark Web. Then it will be open season.

#2. Large Target
Some people figure that if they continue to use the outdated OS, it’s no big deal since most people have already switched to Windows 10. The thought is that hackers going after a handful of people on the older systems isn’t worth the time. Yes, most Windows users have indeed upgraded, but keep in mind that there are between 1.2-1.5 billion current PC’s running on Windows. The US Digital Analytics Program estimates that as of December 2019, 18.7% of those users were still on Windows 7, which would add up to almost 300 million users. If you were a hacker and you had a pool of potential victims who were using an operating system that is no longer supported, you would most likely dedicate your time trying to pirate their systems. The path of least resistance.

#3. Speed
The newer Windows OS is much leaner on the backend. Take booting up as an example. On average, you can save more than a minute starting up your computer. That may not sound like much, but think about how much time that saves over the course of just one year. Assuming you work five days a week for an entire year, that’s 260 minutes (4.3 hours) of you unnecessarily waiting at your computer. If you have a team of just 20 people, that would be 87 wasted man-hours every year!
That’s just the bootup time. Even web browsing is faster! The newer OS platforms use more web and cloud-based applications. Less network interaction between your computer and server means faster runtime across the board.
#4. Touch Support
When Windows 7 came out, touchscreens were still a novelty. Now, since everyone is using tablets and smartphones, more and more applications for touchscreens on PCs are commonplace. These can range from signatures to graphic design and beyond. Given, this alone probably isn’t a reason to upgrade your entire network, it’s still a great feature that we’re sure you could likely benefit from.

#5. Connect Everything
Ten years ago, we were all just babies when it came to connection. Remember taking pictures on your digital camera then connecting it to your computer with a USB cable? You know, like a caveman?
Now you can link your phone to Windows and have pictures, videos, weblinks and more instantly available on your workstation. You can also connect screens with a colleague or customer without having to download third-party software and go through a long process of trading logins. Lastly, and perhaps most importantly, you can upload and backup your documents using OneDrive. This is a great tool if you’re a very small operation or as a backup to your backup in a larger business.

#6. Your Software Has Already Moved
One of the many arguments we hear about is the cost and hassle of purchasing and installing new software. Sure, it might be a small investment to get with the times. but you know what? There are companies out there using software that runs on MS-DOS, too! You can only justify not upgrading for so long before you become obsolete.
Sure, there are indeed unique custom software programs that large companies — such as banks and hospitals — use that would cost millions of dollars to upgrade and migrate. However, for 99% percent of the rest of us, it’s best to just suck it up and move on with our lives. There are few if any programs out there that can’t migrate that are worth keeping around. Chances are that if your software hasn’t upgraded, there are probably a dozen others available that can do the job better.

#7. New Features
Wow, this is a big one. We could dedicate a month’s worth of articles about the new features between Windows 7 and 10. You’ll find new features that used to only be available with expensive third-party systems such as advanced voice-to-text recognition. Some updated features are beefed-up copy and paste abilities, the ability to edit screenshots, virtual desktops and even a digital assistant — Cortana.

At the end of the day, you really do need to upgrade no matter what. If you’re still part of the undistinguished group of Windows 7 users who aren’t sure what the next step would be in upgrading, we’d be happy to talk with you and go over your options.

Do You Know Your Business ROI?

The Fastest Way to Lose Track of

Do You Know Your Business ROI?